Be safe my peeps

Having lost a number of close friends to aviation accidents , Annie decided to add a serious section to the website, concerning aviation safety, and news or information about aircraft accidents. We will let you know when any safety seminars or training camps are happening, as well as keep you up to date on any news we receive involving aircraft accidents. None of this is meant to be sad or morbid. It is a place to learn about these accidents, and to learn from them!

14 August 2011 will be a day, never to be forgotten. Thirteen people died in the double Albatross accident. They will always be fondly remembered. 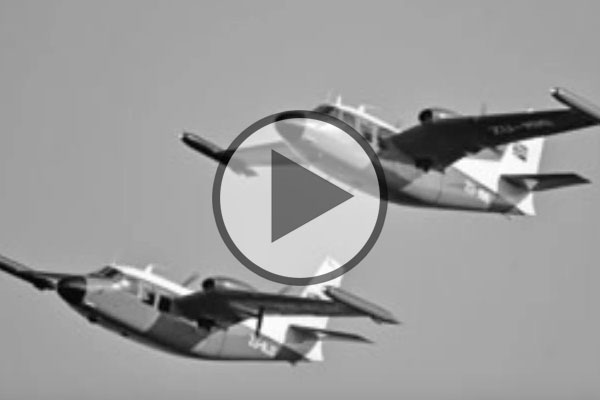 The following year on 30 June 2012, Gianfranco Cicognia tragically died at the Klerksdorp airshow while flying a display. 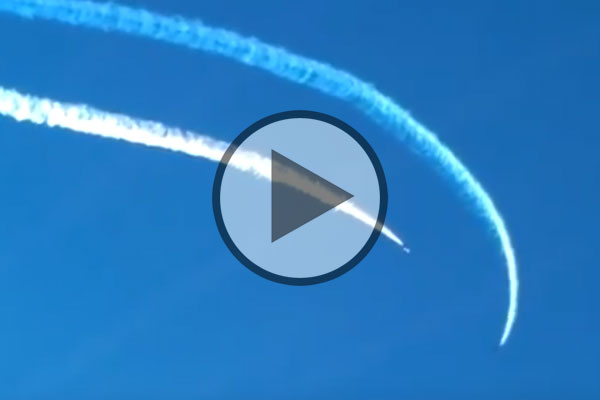 Sadly on 12 October 2013 Glen Dell crashed his plane at Secunda Airshow, and later died from his injuries. 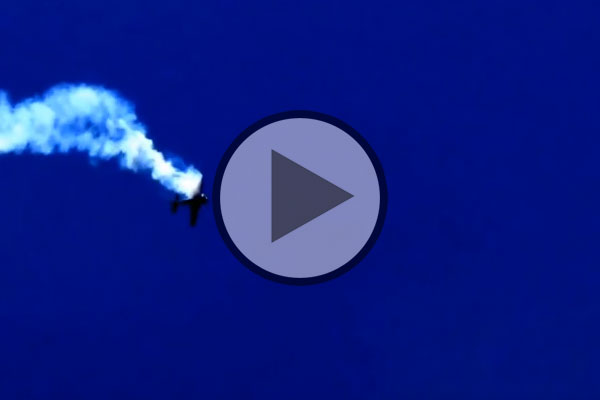 On 29 January 2014, Cliff Pike flew in IMC and sadly didn’t make it to his destination. Here is the story, as told by Rob du Plooy who was flying with him that fateful day. 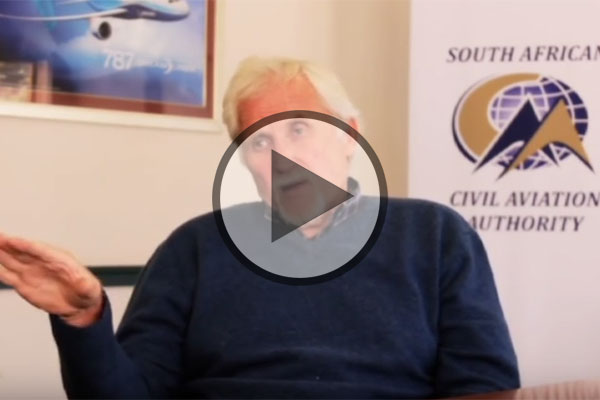 A tribute to a special friend Cliff "Klippie" Pike. We are going to miss you! Fly high!

On 16 August 2015, Nigel Hopkin’s aircraft broke up in the air during a practice flight for the World Champs in France. Fortunately Nigel was able to bail out and lived to tell the tale! 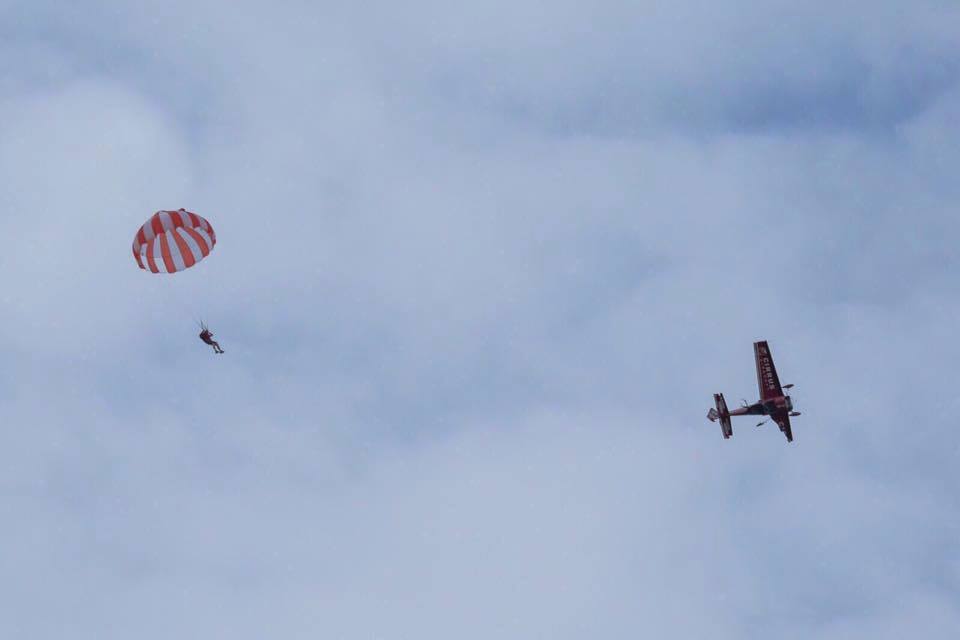 The last few weeks after the incident have been a bit of a blur and also time to reflect. I've avoided too much discussion mainly to stay away from sensati onalism and to take some time out. Although we still wait for the investigation to hopefully r eveal some answers I have been asked many questions about what lessons can be learned from it all. Still trying to make sense of the life lessons here but we can certainly take some po sitives and if the following "article" can save one life then it will be of service. Please feel free to share if it may benefit safety within your operation.

Evidence or Scenario based training, touch drills or muscle m emory. Whichever way one looks at it, as Pilots, there comes a time where dyna mic decision-making and instinctive reactions are required to handle an unexpected situation. For many years the industry has developed decision-making and risk management tools, which hopefu lly become ingrained as actions rather than checks! Over the last few years the industry has focused on handling the startle factor. Loss of control in flight is aviation’s biggest threat and current upset training programs have highlighted the need for a strategy to assist i n handling the startle factor and applying time critical handling procedures to regain control.

Over the past few weeks I have been asked many questions about the thought process and actions after the structural failure of my aircraft. Wh at went through your mind? You must have got one serious fright? Did you do specific bail out trai ning? Do you believe your previous sky diving experience helped? What training do you think we should do now? So if I may, I will share some of the answers and thought processes with you.

Have a little thought about your own activities and flying operations and consider how these could relate to your own preparedness and decision making proces ses. As for my aerobatic friends if these answers can save just one life the n the job is done!

As a start, there was no warning of any failure. There was a loud bang followed by a loss of control, STARTLE FACTOR! There are times, as with a st ructural failure where the assessment of the failure is easy, time is critical. In this instance muscle memory was key! There was no time or need for checklist procedures. Unlatc h the canopy, release the seat belts, evacuate the plane, locate and pull the ripcord. A scenario played out on occasions but I have to admit there was never specific training for this kind of scenario. Within about 5 seconds I found myself hanging under a parachute, something I a lways considered to be a very expensive cushion and certainly had no expectation of us ing. Now what? It took a few seconds to realize the extent of what had just happened, i t had been 24 years since my last parachute jump, and that one was intentional! Although there was a huge feeling of relief there were also some questions, do I have control of this round parachute, which way is the wind blowing, where am I going to land and how hard will the touchdown be?

So what can Aerobatic Pilots do to prepare themselves? Is t here a strategy or touch drill exercise or can we develop an emergency checklist? There is no substitute for actual experience so a skydiving course is obviously first prize!

1. Equip yourself and know your safety equipment:

Parachutes are designed to be lifesavers so equip yourself w ith a lifesaving tool and ensure that you look after it. The fact that we sit on these de vices means they need to be inspected and repacked regularly. Manufactures recommend every 6 month s. As the Pilot you should inspect the chute regularly by checking the ripcord and pin th at holds in the Pilot chute and ensure they are not obstructed.

2. Know how to use your safety equipment:

ICARUS AIRWEAR has been responsible for packing my chute over the last 5 years. Something that they insisted on is that I deliver the chute myself, that I physically pull the ripcord and release the Pilot chute when I arrive. Two rea sons for this, firstly I now know that they will have to repack it, but more importantly it’s the only opportunity to develop a muscle memory of locating the cord, understanding how to pull it, wi th which hand and also how far I need to pull it for the cord to release the chute!

- Strapping in and Unstrapping:

Here is an opportunity to develop that muscle memory. Always ensure that your parachute is fitted properly and the straps are secure. After you secure the parachute, before climbing in to the plane, grab and feel the position of the ripcord and h ave a mental picture of how you will pull it. When you fasten your seatbelts ensure that they do not obstruct or interfere with the parachute. Test the operation of the canopy latch syst em and if fitted locate the quick release mechanism. As you close the canopy before start do a quick touch drill by locating the canopy latches, the seatbelts and the ripcord! After shutdown this is the perfect opportunity to practice the procedure for real. Open the canopy, release the seatbelts, stand up and locate the ripcord!

As far as the actual bailout goes every scenario will be different. Some have had to physically stand up and oppose the forces of an unstable aircr aft and then have to jump clear. The aircraft may very well be stable which will make the exit easier. It may be inverted, zero or negatively G loaded in which case the Pilot will “ float ” or be “ thrown ” from the aircraft as soon as the seatbelts are released. These are all sce narios to consider and have a basic plan for. As far as how much altitude is needed, once again eve ry situation is different based on the stability of the aircraft at the time. But one thing is for sure, if you are not ready, or stay with the aircraft, the outcome is not going to be favo rable. You cannot avoid the startle factor, especially when you are in another state of mind such as focusing on the maneuver you're about to do, there is little opportunity to mitigate that but how you react in the time constraints is paramount to survival in some cases. Life is risky, the things we choose to do in life are risky but how we manage the risks is what is impor tant! 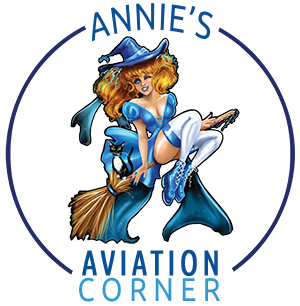 Designed and Hosted by SitePro .
© 2022 Annie's Aviation Corner
To Top